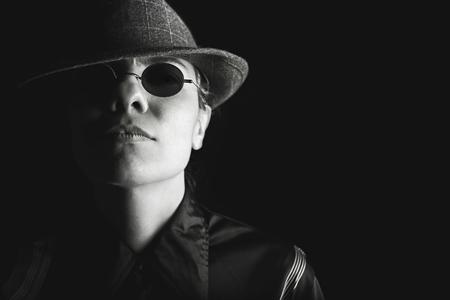 It's blatantly obvious that our economy is not in the best of shapes; people lose their jobs but the bills just keep piling up. At one point or another, the internet goes out altogether and you find yourself burrowed in public wifi locations in dire efforts to make a living for yourself. You are not alone in that Internet jungle; there are a lot of people that are in the same position as yourself, which means that there are just as many that are taking this opportunity to make money by taking advantage of your needs.

Every six months, the IRS releases the “dirty dozen tax scams”, which are designed to educate consumers on how they can protect themselves against the most common types of frauds that can steal your identity and social security number. These kinds of swindles include “spoofs” which imitate the IRS toll free number on caller ID and make it appear as if you’re receiving phone calls from the IRS. The victims of these scams can even hear staged background noises that seem as if the IRS offices are really contacting them. Most of the time, the callers use an intimidating tone to threaten the victim. This is also common when impersonating other federal agencies and law enforcement offices, such as the police departments.

Another common scam is “false tax preparers” who promise you huge federal tax refunds and go so far as to use fliers, advertisements and phony storefronts to get your attention. They spread the word in the community and target low-income people, the elderly, immigrants or other non-English speaking individuals. These individuals not only refuse to give you tax refunds, but they now have access to your name and social security number to continue their con-artistry using your personal information. As a result, people lose all their benefits and can even end up in jail for something that they never did. Honest tax return preparers must provide you with a special IRS preparer number (PTIN) and a tax preparer copy of the return. The IRS also provides general information about how to report tax fraud in their website. Don’t be afraid to pick up the phone and call the IRS to report your suspicion before it overwhelms your entire life.

Everyone uses Craigslist but there is an infinite number of scams that are found there, from car scams to fraudulent house rentals and even sham money transfers. The most common type of fraud that victims come across on the Craigslist site is home or apartment rentals. Even though someone posts a location with an existing address, it doesn’t mean that it’s available; it could be anything from a construction site to a drug house.

Car scams are the second highest type of fraud on Craigslist. Scammers buy your car and give you fraudulent checks, money orders, and cashier checks. You release your car, give it to the scammer and then you find out that the check either bounces or comes back as a fraud. You as the seller are now out of a car, out of funds and the buyer can’t be tracked. You’ll likely wind up spending more money trying to track the scammer and your car down, when it’s already in a chop-shop with tampered VIN numbers.

Technology is a double-edged sword: it’s easy to print out a ticket from the net that looks exactly like the original. They can even be airline tickets! When you see a deal for airline tickets, it’s a fake—there are no airline ticket deals unless you go through the airlines themselves. Special events tickets is another scheme; one of the biggest scams that recently appeared on the radar was for the FIFA event in Brazil. A recent case that came to my office was a victim of such a scam who had paid $8,000 for a ticket, and found himself in Panama without a ticket or Visa to go to Brazil.

Another type of fraud includes the infamous ‘nanny positions’ that scams young and inexperienced people. They offer a nice salary without the need for a background check and once they hire you, they send a check with instructions on how to cash it. Most of the time, those instructions include buying groceries and paying the rent to the new landlord of the people that hired you. You cash the check, get a bit of the money and the rest are given to a fake landlord and you find yourself as part of a fraud scheme, because the check is fraudulent. And no, the bank is not responsible—it’s you, because you put that check into your account. Very few banks help their young customers to recover from this type of fraud by giving them loans with monthly payments to return the fraudulent funds that were withdrawn by using those checks.

Harvard has a clean reputation, and they don’t have to try hard to keep it that way, primarily because the name itself attracts the most intelligent and open-minded of individuals around the globe. But when others take advantage of the name and create roommate sites to scam students, then it becomes more than just a local issue—it becomes an international one, because university students come from all over the world and look for housing near the safety of their campus. When you’re not knowledgable of the locations in Boston or Cambridge, it’s easy to assume that an affordable price is probably a lucky deal. The fact is that prices in Boston and Cambridge, or any metropolis, are outrageously high, for good reason—the sights, the people, the history, and in this case, it's the educational institutes.

HRES Roommate Click is a very popular site for incoming students that are attending schools in the center of Massachusetts, especially Harvard students that are looking for affordable housing off-campus or roommates to sublet a room. However, they're unaware of the fact that if an issue arises and you need to contact HRES for help, their e-mails are returned back to their inbox, and when they dial the HRES number, they are directed to a completely unaffiliated company altogether. Though the site has a lot of traffic here and there, there is no control over the individuals that create profiles under the false impression of being students, there is no organization between recent and abandoned accounts, and absolutely no safety concerns: everyone that’s logged into HRES assumes that they are part of a solely school-based community—they’re not!

Another issue with this site in particular—which is not uncommon in many roommate-seeking sites—is that some of the people who claim to be Harvard-affiliated students or faculty and post their profiles, turn out to not be students at all even though their profiles say they are. The Harvard name is powerful, but because of this, it turns out to have as many negative effects as it does positive ones, because scammers can use the name and no one can question it. The most recent case that came up on the site started with someone using the profile name Johnsmith and the email of john_smithdoe. Now, if his use of the most common American name didn’t raise red flags, then the rest of his mistakes should. He claimed to be an undergrad at Harvard Business School. For those of you out there that are unfamiliar with the education system in the U.S., college students must complete an undergraduate degree before moving unto a graduate program, and the Harvard Business School is only for graduate students. Furthermore, about 99% of undergraduate students live on-campus only for the entirety of their Bachelor years. It’s easy to overlook this, of course, if an international student were to look for housing, because higher education in foreign countries doesn’t require two separate degrees.

The hardest and yet easiest part of this scam is to identify the location of where the alleged housing is. This particular scammer advertised the location of his apartment to be near Longwood Campus, which is in Boston and close to Harvard Medical School facilities. But in private emails that he sent to students that sought housing, the address that he provided was one of the Harvard campus buildings right next to Harvard Law School. A simple google-search on Google maps or Mapquest will point that out.

The worst part of all this is that even though you report the activities of such people, no one does anything about it, primarily because—as mentioned before—there is absolutely no way to contact the HRES Roommate Click administration or Help Desk. Students are willingly posting information about their backgrounds and personal contact information without any safety precautions. How do you protect yourself and make others aware of such scams? First off, trust nothing that you receive in a private email unless you expect it. Even when it comes, track the IP that you received it from. You can do that by right clicking on the message itself and scrolling down the source to look for it. Then copy and paste it on an IP address location site—there’s dozens online—and see where it takes you. Keep the emails as evidence and delete your profile. Whatever messages you received, whether they’re manual or auto-replies, copy and paste them online so that everyone else is aware of what to look for, because chances are that if you received them, then so did others.