Sleeping With The Enemy​

How do you know that the person you socialize with, work with, or even date or marry, is actually the person that they say they are? By law, when someone dies, their social security number is part of the public domain because no one can reuse or re-issue that same social security number ever again--it's a unique identifier that's given to each one of us. Once we're six feet under or our ashes are scattered across the land, we have no use for those numbers anymore anyways, and anything we ever did in our lives is linked solely with that number: credit scores, addresses we lived at, vehicles we purchased, business we registered or worked at, lawsuits or crimes we committed, etc. What if I were to tell you that there are situations where con-artists, criminals, and fraudsters can assume the identities of the deceased by searching online for their social security numbers and creating a number of different lives for themselves that they live concurrently?

Then, comes the time to file taxes--what do they do? They file taxes under each name, of course! Say John Smith supposedly has a publishing business in California, while John Doe is an alleged homeopathic doctor in Kansas, and Joe Smith introduces himself as an investor in New York. They don't actually have to work; just Google the average annual income of each profession, plug in a few numbers by altering their expenses, and voila! Taxes are filed under each identity and the one individual who has assumed all three different names and social security numbers, gets triple the refund from the IRS.

The same scheme can also be done with passports. If "John Smith" already has a California driver's license and a credit card from the bank account he opened using the dead person's social security number, all he has to do is use that form of identification to prove he/she is actually "John Smith" and request a passport, arguing that their previous one was lost, or chewed by their dog, or lost in a house fire, etc. There's a number of excuses that can be used and since in most situations the government asks you to just photocopy or fax over proof of your identity, even someone without an ID can just alter the letters, colors and numbers of a valid ID using photoshop or InDesign, and just insert their picture on the card before they photocopy it and send over the copy to the government to issue them a new passport.

This same individual can go about another way to obtain a different identity--they can do a valid and legal name change in a state of their choosing. Since it's already so easy to forge an ID card, it's just as simple to forge a birth certificate, using the scanned image of an actual birth certificate from their state or country of choosing. From there, it's all a matter of patience and long hours behind the screen as they white-out the real names of the persons on the birth certificate and type out theirs instead. For example, "John Smith" could become "Pocahontas Smith" if he/she chooses to, just by filing a request for name change form in a court of law at any state, and presenting the forged birth certificate as the original. If the original is laminated, even better! Because the courts won't doubt the words of a silver tongue and they won't be able to feel the carefully photocopied seal of the vital records department beneath the plastic cover--from a distance, the court can assume that the shaded outline of the photocopied seal is the actual seal of an original document. From there, "John Smith" can even go on to become "Christopher Columbus" in the next state over, by repeating the same procedure.

So, I ask again: how do you know that the person you socialize with, work with, or even date or marry, is actually the person that they say they are? Most of you think a simple background check on Google will find all the answers--it doesn't. Online background searches are amateur because depending on the state that you're located in, some records are not even permitted to be made public such as vehicle registrations, driver's license numbers, marriage certificates, etc. You just don't get the dirty details about previous court cases, hidden bank accounts, or arrests just from Googling a name. The programs that actually give you a thorough grasp on someone's background, from arrests to mug photos to credit reports to where their most recent trip was, etc., are only available to government agencies and law enforcement. If you doubt someone, this is where you start, but you'll need a grounded and legitimate reason or proof as to why a background search must be done.

"The true identity theft is not financial. It's not in cyberspace. It's spiritual. It's been taken." 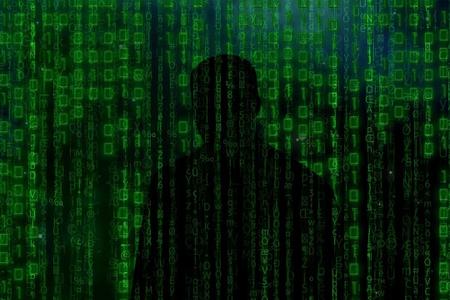