ATHINA K. POWERS. MY STOLEN IDENTITY advice by athina powers on how to catch forgers

How to Catch a Forger

Most of us think a crime scene needs a dead body, detectives and Special Task Forces that interrogate everyone. We assume that to solve a case, you’ll need forensics, DNA samples, weapon analysis, etc.–the list goes on. However, to catch a criminal, you need to first and foremost learn how to profile a criminal: their psyche, behavior patterns, actions and timing of those actions, their upbringing and personal history or past crimes, and most importantly, how they communicate–verbiage, tone, format, etc.

In order to profile fraudsters, we need to get our hands on concrete evidence. Most of the time, this evidence comes in the form of simple documents, letters, emails, texts, twitter posts, Facebook updates and even little post-it notes with handwriting samples–these are the most vital and beneficial products that a fraud examiner needs to find the perpetrator. When investigating crimes that don’t involve blood and gore, we analyze words, handwriting, dates and hours, and any documents that are at our disposal–these are our sources of DNA, our blood from the crime scene, our method of tracking down the criminal mastermind behind the crime. Everything revolves around not only what was said, but how it was phrased; it falls back on the tense, the adjectives, the adverbs, the repetition of statistically incriminating words and phrases, and whether or not there is either too little or too much information provided in a certain document necessary to make it official.

A forger can produce imitations and fraudulent copies of originals to create a false paper trail, but like everyone else around us, good or bad, a forger is still human. When we are the victims of such a crime, we tend to forget and overlook that obvious fact. Being human means we make mistakes, and in cases like this, a forger’s patterns never change, so we need to look at similarities in how the content of documents is phrased, what vital information is missing, what format is used to date letters, how similar or different signatures appear to be, etc. For example, if the signatures are too similar, then they were cut and pasted from another document and photocopied over and over again until the edges of the cut paper are unnoticed on the copies. If the documents pay a great deal of attention on the “good character” of the person who is being accused of fraud, then it’s definitely a forged document.

There was a domestic violence case once where the perpetrator did not want to appear in court and produced a document to the court arguing that they were admitted to the emergency room. When a fraud examiner looked at the document, they noticed that the patient name was typed in small letters, there was no information on their condition and what they were admitted with, no treating physician, and no medication that was provided to them. If this was an official paper, there would be a treating doctor signature, it would have been sent as a certified copy and sealed, and it would include all of the above information necessary to prove that the patient was in a critical condition to be admitted to the ER! And yet…it contained nothing more than the patient name on a hospital letterhead with the phone number of the hospital. Naturally, the opposing party and the court, had to confirm that this was a real document, especially since it was sent to the court on the eve of the trial, but not to the opposing party, so they called the number and discovered that no such patient under the given name was ever admitted to the hospital. Of course, the perpetrator lost the case and the opposing party got a 5-year restraining order against them, but if it were not for the analysis of such an obvious forgery, the scales may have tilted the other way.

The lesson to be learned from this: question everything. If a document does not come from a law enforcement agent and given to you personally, call and ask if the individual who sent you that document exists. If you have a gut feeling that a situation is either too good or too impossible to be true, research what you have, analyze what you hold in your hands, compare and contrast dates, times, faces, words and signatures–chances are that you are the victim of a fraud scheme. 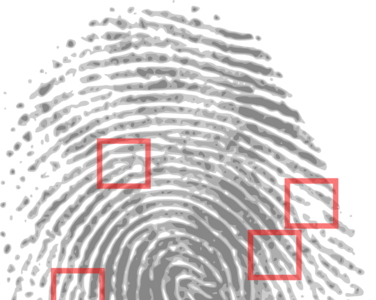 "There are three things in the world that deserve no mercy: hypocrisy, fraud, and tyranny."